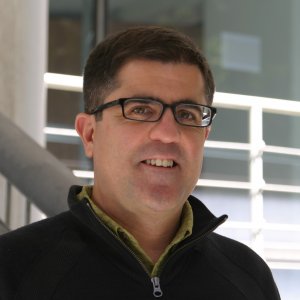 Dr. Seielstad’s research bridges epidemiology and population genetics. The main goal is to identify human genetic variation altering the risk of complex diseases involving immunity (e.g., autoimmunity and susceptibility to infectious diseases) and metabolism (e.g., type 2 diabetes). This puts an emphasis on technologies such as SNP genotyping, and next-generation sequencing to reveal and characterize polymorphisms in genome-scale data. Much of this work is carried out in geographically diverse human populations, which are also the subject of anthropological investigations that seek to characterize the global distribution of genetic variation.

My research centers on the identification of inherited genetic variation that influences disease risk in humans. Only within the last decade, following the completion of the human genome project and rapid developments in DNA sequencing technology, has this been possible. Results from genome-wide association studies (GWAS) have demonstrated both the feasibility and the potential for identifying unexpected biological pathways of disease – pathways that seem likely, in many cases, to be the targets of successful new therapies and predictive risk assessments at the individual and population levels. Most GWAS are case-control studies that look for significant genotype frequency differences at 500,000 to 1,000,000 variable DNA sequences (termed SNPs) throughout the genome. Success is dependent on sample size, typically involving 1,000’s of subjects. This is because the relative impact of a variant tends to be minor, and because the large number of independent statistical tests that are performed  requires statistical power. Over the past decade, such GWASs have been cobbled together with collections of existing DNA samples, and collectively they have identified from the low dozens to the low hundreds of genes associated with many of the most common human diseases. Many of the discovered genes have turned out to be