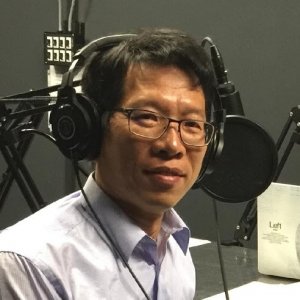 Professor Su received his Ph.D. in history from Kyoto University, Japan. He is a professor of history at Providence University, Taiwan. His research focuses mainly on the postwar history of Taiwan, especially on the 228 Incident histories and on the archives about the relation between the USA and Taiwan. He wrote this article for the K-12 education classes at George Washington University during his Fulbright grant.

Preface The modern history of Taiwan can be divided into five parts: the Dutch period (1624-1662), the kingdom of Cheng period (1662-1683), the Qing Dynasty period (1683-1895), the Japanese colonial period (1895-1945), and the postwar period (1945-present). The postwar period in Taiwan is very different from its previous periods. The most significant differences are the achievement of democratization and the independence movement.      Both democratization and the independence movement are related to or originated in the February 28 Incident (also known as 228) that happened in 1947. If we want to understand the complicated political changes and disputes or social conflicts in Taiwan, the 228 Incident offers an essential historical background. Besides, the Taiwan issue also relates to the regional security of East Asia and the national security of the United States. The 228 Incident can also provide a historical and geopolitical perspective for thinking about the Taiwan issue. To learn Taiwan’s postwar history, the 228 Incident is a necessary step. This article attempts to introduce this historical event that happened in Taiwan and points out its affiliation with the regional security of East Asia through the history of  US policy toward Taiwan.       The cause of the 228 Incident Taiwan was