Natural resource economics remains a powerful tool in both effective marine policy design and public advocacy. While total economic valuations now have a strong legal, policy, and cultural history in the United States, globally much work remains in understanding benefit allocation (NOAA 2013; Edgar et al. 2014). Where do the benefits of nature go? Generally, economists explain that this value goes to the public equally (Martín-López, Montes, and Benayas 2008). However, given certain inherent social inequalities, in reality, certain benefits go to certain groups or institutions first and only reach other sectors later.

In my previous article, I shared initial results of the total economic value (TEV) of the Kenting National Park marine area. For an explanation of those methods, please refer to that article. This time, I propose an experimental methodology to map out the potential benefits of an ecosystem so we can better design marine resource policies to benefit the entire community.

Covering most of the Hengchun peninsula, the Kenting National Park (KNP) represents a logical scope. However, given the importance of KNP for Taiwan, we must take into account the entire island in terms of benefits distributions. The benefits of these corals extend far beyond their physical boundaries through non-market values, international research projects, tourism, and education. Thus, our scope extends to the entire population of Taiwan.

In order to roughly estimate the distribution of values, we need to make some assumptions. The benefits do not cascade or synergize into other areas. For simplicity, we will assume the first stakeholder group receives the majority of these benefits and does not immediately pass it on. Next, the benefits are equally allocated within a given service. For example, if five stakeholder groups benefit from primary production each group receives the same benefit divided five ways from the initial value. Thus, this distribution exercise looks at the relative differences between groups rather than within services.

In order to calculate the distribution, we will take the TEV and divide it by the relevant service contribution and the number of services it provides.

Table 1This table shows the broad vale level allocations of primary resources from Kenting coral reefs. Despite providing the largest diversity of benefits, ecosystem services provide the lowest level of relative value. This is to be expected given the size of the tourism industry and the cultural importance of KNP.

Next, we will look at the primary areas of service values. To be clear, only the primary recipient of that value counts as a category. For example, improved fisheries benefit all categories except for surf tourism. While surfers probably enjoy eating seafood occasionally and enjoy viewing a greater diversity of fish species during dives, they do not directly benefit economically from increased fisheries. This same logic applies to all categories and services.

Often called in-direct services, regulating services provide market and non-market benefits to human populations, they often require economic surveys to reveal the value from other sources of data. This table uses √ to indicate if a stakeholder group receives primary benefits from this service.

Often called in-direct services, regulating services provide market and non-market benefits to human populations, they often require economic surveys to reveal the value from other sources of data. This table uses √ to indicate if a stakeholder group receives primary benefits from this service.

Often called existence value, cultural services provide non-market benefits to human populations, they require direct interviews, surveys, and economic analysis to reveal the values. These have some of the strongest basis in litigation. This table uses √ to indicate if a stakeholder group receives primary benefits from this service.

Quickly glancing at the breakdown, we can immediately see that those living outside the scope community of the Hengchun Peninsula receive most of the benefits. The potential underestimation of the ecosystem services as well as the larger number of recipients shrinks the initial value. The highest value categories go to people who live outside the park in the form of existence and tourism value.

While surf tourism seems small at first, recognizing the small number of surf sites and age of the industry, it is actually rather large. Furthermore, many do not recognize the role coral play in storm buffering, erosion prevention, and wave formation.

Two areas of concern arise when looking at this initial distribution estimate:  fishermen receive one of the smallest benefit shares and have to bear almost the entirety of the conservation costs. A marine protected area requires fishermen to give up fishing temporarily and sometimes permanently for ecosystem health. In return, they do not receive nearly the same benefits as other sectors.

Also of concern is the tourism industry. If we had used market benefits, they would receive much greater value. However, this analysis focuses on natural resource values, and as such, many of the hotels and restaurants, while benefiting from the region, do not necessarily require coral to operate. There is still debate over whether or not coral health directly correlates to increased tourism (Craig 2008). The tourism sector does not pay back their revenues into conservation outside of standard taxes. As tourists come, they demand fish, increase demands on wastewater infrastructure, and trample coral. Without properly redirecting benefits from tourism back into the local community, the KNP region is unconsciously punishing local residents and rewarding outside visitors.

First, regarding methodology, the author recommends combining this information with ecological and social monitoring. Much work has been done in estimating the flow of market benefits as well as the spread of ecosystems. Combining this natural resource value with these other models could lead to fully-integrated simulation and monitoring. Improved simulations would help local government make improved management decisions.

In terms of policy recommendations, the KNP needs more financial support to ensure that it can accomplish its conservation management directives. Supporting conservation is an investment into the future and into local communities, but maintenance costs do exist. Marine reserves need to be monitored, the public educated, and much needed monitoring conducted. If further supported, the KNP will continue to spread benefits into the local community.

Importantly, payment for ecosystem services (PES) has been successfully implemented across the globe to transfer high revenues from tourism into local communities. Taiwan’s fishing industry is aging and will need support for career transitions and life adjustments. Is it fair that fishermen currently bear the greatest cost of this transition and receive the smallest benefits? Lastly, how can the outside community of tourists, academics, and the greater Taiwan public contribute? Eco-tourism, or tourism with an ecological and sustainability focus, represents a win-win for the public: higher quality recreational experiences combined with guaranteed protection. Academic initiatives that specifically support local communities can help redistribute the brunt of primary benefits. The greater Taiwan public can support new marine legislation, especially integrated coastal management. 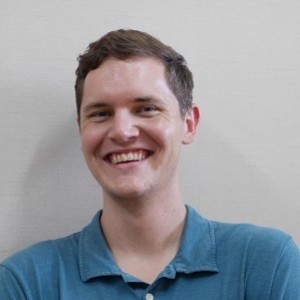 The Afterlife of Women Workers – Gender, Space, and Feminist Intervention in Contemporary Taiwan

An Excuse to Get Started: Reflections on My Taiwan Fulbright Fellowship Experience

Linsey Marr: Potential for Long-Distance Transport of the Flu Virus from Mainland China to Taiwan

“It’s made by chili, not curry.” Supra-understanding of Foreign Friendship Talks in ELF

Kurt Stallmann: Discovering the stories through “Sounds of Taipei”

Joshua Sadinsky 陳思高 December 21, 2022
PrevPreviousWhat the Taotao Means to Me
NextMe and Howard Go to See the Puppets and Almost All of Them DieNext