Reflections on Palace Plays in the Digital Age

During the past academic year (2014-2015), I was a postdoctoral fellow at the Institute of Chinese Literature and Philosophy at Academia Sinica. Academia Sinica is a tremendous place to do research—it is such a vibrant intellectual community, with near-constant talks, symposia, conferences, and exhibitions. I was particularly excited to make use of their extensive library collections, which contain many rare manuscripts that cannot be found elsewhere.

In the last couple months of my fellowship, I began preliminary research on a new project that emerged from my dissertation research. In my dissertation, I discuss the plays attributed to what is often referred to as the Suzhou School. This circle of playwrights—many of whom were friends or acquaintances and frequently engaged in co-writing and co-editing practices—was active in the late Ming and early Qing periods, and their plays were widely performed throughout the Jiangnan region. The surviving texts attributed to this circle are generally of two kinds.  Most common are undated manuscripts, copied in a hand that is utilitarian at best and downright sloppy at worst. The overall appearance of these texts—the frequent homonymic errors, the inclusion of stage directions, etc.—indicates that these were probably used in some sort of performance context, perhaps employed by a private or traveling troupe. This does not mean that these plays were not also read by a literati audience. Indeed, a handful of these plays were published into handsome print editions with the full complement of prefatory material (inscriptions, poems, pictures, etc.), an object of connoisseurship suited not for performance but for the theater-loving literatus’ study.

The play Coins of Heavenly Peace (Taiping qian 太平錢), attributed to the Suzhou playwright Li Yu (李玉) (c. 1610—after 1667), is one of the plays that I examined in my dissertation. This play, based on two classical tales from the Tang dynasty, tells the story of a poor gardener called Old Man Zhang who wishes to marry the young daughter of his neighbor, the official Wei Shu. Deeply offended by the suggestion of this match, Wei agrees to the union if Zhang produces one hundred thousand strings of rare Taiping coins. Much to Wei’s chagrin, Zhang produces the coins and whisks away Wei’s daughter. Wei’s son follows them into the mountains, where he learns that Zhang is a powerful immortal and the Wei daughter was Zhang’s wife who was sent to earth as punishment for an infraction.

Though the play was never printed commercially, two performance-oriented manuscripts are extant. As I discovered while working on my dissertation, a third edition is held in the collections of Academia Sinica’s Institute of History and Philology: a rare manuscript for use in the Qing imperial palace. This gorgeous and meticulously hand-copied edition uses four different colors of ink for different components of the play-text: red ink is used for stage directions, yellow for the names of tunes, green for spoken dialogue, and black for arias.

The text is undated, and no names of authors, editors, or copyists appear. This edition is listed in the Fu Sinian collection as being from the early Qing (清初). The librarians claim that they designated the play as early Qing because the play contains no taboo words and is attributed to Li Yu. During the Qing dynasty, the characters of the emperor’s personal name (and the personal names of all previous Qing emperors) were made taboo in printed publications. While this prohibition was not uniformly observed, it most certainly would have been maintained in a text presented for imperial inspection.In a text like this, if a character from the Yongzheng emperor’s personal name appeared, we would know that the text was written prior to the Yongzheng emperor’s reign. The librarians claim that since there are no taboo words in the text to help us date the text, they dated the text on the basis of the dates of the author Li Yu, who was active in the late Ming and early Qing.

However, there are several reasons why this rationale is suspect. First, there is no indication that Li Yu, whose name does not appear anywhere in this text, actually authored this (or any other extant) edition. While early Qing sources indicate that Li Yu did write a play with this title, none of the extant editions have a clear provenance, and all contain significant variations. Nevertheless, the palace edition is the one least likely to have been written by Li Yu. Like the plays definitively attributed to Li Yu, the other two editions follow the structure and conventions of southern drama (chuanqi 傳奇) and were written to be performed with kunqu (昆曲) tunes.  The palace edition, however, uses a different musical system, with roughly half of the scenes written in an operatic style particularly favored in Qianlong’s court in Beijing (yiyang 弋陽). Furthermore, as a ritual court drama written to be performed during auspicious occasions, the palace edition varies significantly from these other two editions in both content and style. There is no evidence that Li Yu ever adapted his own plays for palace performance, and from what we know about how palace opera was written and performed, it is highly unlikely that he would have. Rather, it is probable that a member of the imperial household troupe was charged with rewriting the popular play in such a way as to render it suitable for imperial performance.

The other problem with the Fu Sinian Library’s rationale is that there are, in fact, taboo word substitutes in the text. Characters from the personal names of both the Kangxi and the Qianlong emperors appear in modified forms. Paired with the frequent occurrence of unmodified taboo characters from the Jiaqing emperor’s personal name, this seems to indicate that this edition was produced during the reign of the Qianlong emperor.

Dating this play to the mid-Qing is not a pedantic exercise. Rather, it is central to understanding how and why this play from Suzhou found an audience in the Beijing palace. As I will discuss in a forthcoming paper, in its depiction of a historical emperor’s difficult and imperfect incorporation of the frontier (both western and supernatural) into the imperium, the palace edition gives voice to the particular ambitions and anxieties of Qianlong’s expansionist court. As such, the play is a rich resource for understanding both the hybrid genre of palace entertainments and the imperial court’s self-imagination.

While this manuscript has been digitized by the library staff, the scan of this edition cannot be viewed outside of the Fu Sinian Library’s closed electronic database, which can be accessed through two computers in the library’s reading room. With the help of a friend who is a research fellow in the Institute of History and Philology, I was able to examine the actual manuscript. This proved particularly useful, as the scan is very low resolution, so details like erasures and excisions cannot be seen in the digital version.

Although Academia Sinica has made many rare editions available remotely to scholars who apply to use their electronic databases, the scans of this manuscript could only be viewed in person. The restrictiveness of access perhaps explains why the only other work on this text was a few pages in a Master’s thesis, and no other scholarly work on this play (including the recent critical edition of Li Yu’s plays published by Shanghai guji in 2004) mentions this palace edition. Not only is digital access limited, but printing is as well. Black and white printing is only allowed for less than half of the manuscript (color printing is far more restrictive and prohibitively expensive for more than a page or two).

For access to be so limited is particularly frustrating in light of the larger trend in the field toward open access. During my time at Harvard, tens of thousands of rare books from the Yenching Library collection were digitized and made available to scholars all over the world. This move to digitize rare texts has had a transformative effect on the kinds of research being done—I know that I have benefitted immensely from having access to digital resources like Erudition (愛如生). Another way to make the text more accessible would be to publish a photographic reprint of the manuscript. A number of four-color palace manuscripts have received this treatment in recent years: Jiangliu ji and Jingua ji were published together by Shanghai guji in 2012; Shihou ji was published by Wenhua yishu in 2012; and Shengping baofa was published by Tohoku daigaku in 2013. Academia Sinica has one of the richest collections of late imperial materials in the world. Hopefully, they will continue to expand their commitment to making these rare texts accessible to scholars both in Taiwan and abroad.

Ariel Fox received her PhD from Harvard University and is currently an assistant professor of Chinese literature at the University of Chicago. Her work exploresthe intersection of literary and economic imaginaries in late imperial China. 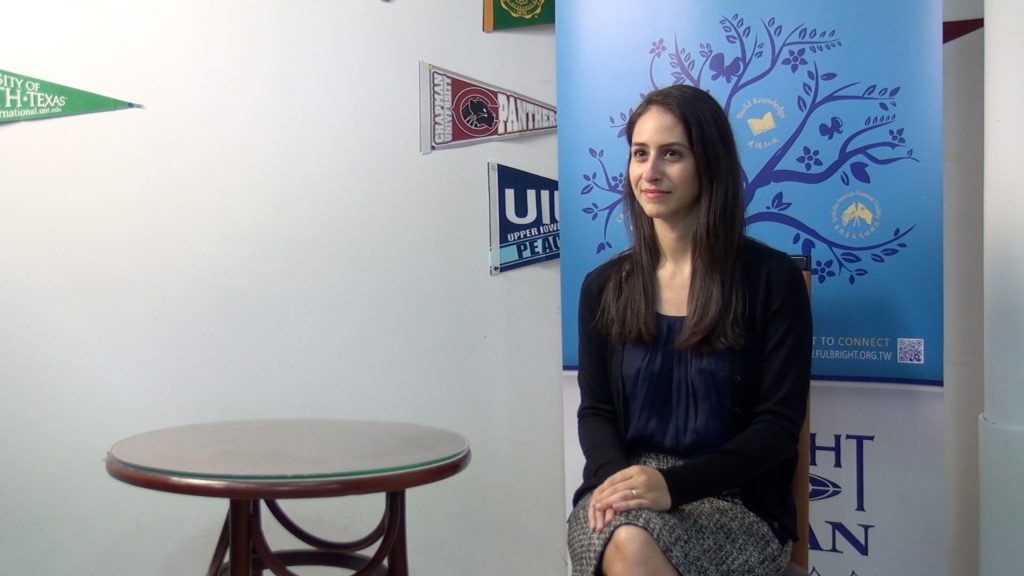 Philip Brown: Dam(ned) Imperialism: The Case of the Wusantou Dam

David Herman and Alexandra Slayton : My year as ETA TEFL Advisor in Taiwan