Taiwanese people love their stamps. I was first alerted to this when I read on a blog that each MRT station in Taipei has its own unique rubber stamp. I went to look for them, and once I started, I couldn’t stop. I bought a little booklet with blank pages and began my stamp collection. Visiting each new MRT station was like a treasure hunt now, especially the larger ones with multiple exits. But it didn’t stop there. Once I was paying attention, I realized that nearly every attraction, every place of interest in Taiwan has a stamp. And I began collecting them, filling the pages of my book.

Now that I’m at the end of my grant period and looking back over the last 8 months, it’s laughable how close I was to turning down this opportunity. I had been accepted to medical school just a couple of weeks before, so when the Fulbright email came, I was filled with emotional turmoil and angst rather than the expected joy and excitement. Going to Taiwan for a year would disrupt the careful flow I had been building towards medical school, and it would also be the longest period of time I had ever been away from home up until that point. But at the heart of all these excuses was a real, gnawing fear that the selection committee had made a mistake, that I wasn’t qualified to do this project, that nothing would come of it in the end and I would be a disappointment. It was one thing to write a two-page project proposal about investigating early medical intervention services that looked good on paper, but an entirely different matter to figure out how to crystallize these lofty goals into tangible outcomes. I knew, without a doubt, that going to Taiwan would change me and grow me, irrevocably and for the better, but I was terrified to take that step and put myself out there.

I went through multiple conversations with my parents. My dad was all for me going, seeing as how it was a great opportunity; my mom admitted that she had no idea what Fulbright was, but she made it clear she didn’t want me so far from home for such a long time, even though Taiwan was where she once called home. I paid panicked visits to several of my advisors and trusted professors who were Fulbrighters themselves to get some more perspective. In the end, my medical school granted me a deferral and that sealed the deal: I was going to Taiwan.

Settling in was both easy and hard. Easy in the sense that I speak Mandarin more or less fluently (well enough to carry on a conversation), and because I was familiar with Taiwan having been before to visit relatives, although the most recent trip was nine years ago. But this would be my first time living abroad for such a long period of time, and I also had to figure out how to turn this research proposal into a reality.

Thankfully, my host at National Yang Ming University, Professor Chien, was extremely helpful and kind. I think the most important thing she did was make me feel like it was okay for me to ask questions. That meant asking for help when I was confused, which happened quite often during the convoluted Institutional Review Board process, but it also meant asking for things to help me achieve my research goals, whether that meant wanting to observe specific therapy sessions in hospitals and clinics or wanting to interview certain types of people to gather a variety of experiences about delayed development in young children.

At one point, Dr. Chien commented that I was more straightforward than many of the Taiwanese students she was used to working with, since they usually hem and haw instead of asking questions, due to the culture of politeness that rules all social interactions here. She meant it as a compliment, saying that it made it much easier to get things done since she knew exactly what I wanted. I was surprised by this, since it made me realize that despite all my uncertainty coming in, I did have a plan and I was making progress. While we were waiting for the IRB to be approved, I had made arrangements to shadow and observe at two hospitals, and within a few days of the IRB approval I had my first few interviews lined up.

To be fair, I had no idea what I was doing during my first interview. Sure, I had a list of questions that I was going in with, but I didn’t know how open these parents would be about potentially touchy subjects, especially since I was coming in as a complete stranger. But conversation flowed much more easily and naturally than I expected, and I quickly gained confidence with each interview even as I learned a whole new set of words in Mandarin related specifically to my research topic. Not all parents were as forthcoming as the first one was, but I got a feeling for  when to probe deeper and when to back off if the parent seemed uncomfortable. In each and every interaction, I was struck by the resilience of these parents and caregivers. I had the privilege of getting a glimpse into the confusion and frustration and hope and love that make up their day to day struggles of raising a child who is delayed and who may never catch up.

As I was learning from these parents, I was also learning about Taiwan. Previous family visits to the country were just that—centered on seeing relatives with an itinerary dictated by my parents. This was never a problem for me as a child, but now that I was older and here on my own, I was determined to do things my way. And that meant voraciously and eagerly setting out to eat my way across the country and learn what I could about Taiwan’s history and culture as I did so. I started off in the beginning by choosing a different MRT stop each day to get off at (and collecting the stamp, of course) and spent the day walking around and exploring by foot, being spontaneous about the places I stopped at and the things I ate. Then I gradually became more intentional about my exploration, combing through blogs and websites to mark down specific places I wanted to see and eat at. And while I still have many, many places left on my “to-see” list—which has only grown since I started it—both my parents and my grandparents say that I know Taiwan better than they do now. While that’s definitely not true—they have decades of life experience in Taiwan versus my measly eight months—I am thankful that I had the opportunity to visit so many different places on this island.

My stamp book is now filled cover to cover, and within its pages are the footprints of my travels across this country.

I’ve been asked for directions three times which makes me feel inordinately proud of being perceived as a local. The Taipei MRT map has been burned into my brain, I’ve gotten the hang of the buses here, and I even know my way around well enough to find places without being glued to Google Maps.

I can now say that I’ve traveled by foot, by bike, by MRT and local trains and the high-speed rail, by gondola and by ferry and by bus, by scooter (don’t tell my grandma), plus the occasional taxi. I’ve almost completely circled the island, except for one small section of coast in the northeast between Shimen District and Jinshan District. I have stamped my way from the northernmost point to the southernmost point of Taiwan and visited almost every major city on the main island. Sadly, I didn’t get a chance to make it to Alishan or any of the outlying islands (Kinmen, Orchid Island, Green Island, Penghu) but that just means that I’ll have to come back to Taiwan someday. The mountain hikes and city lights and ocean views never cease to amaze me: so much variation in scenery on such a small piece of land.

Looking back at each of these stamps, I am reminded of the travel mishaps, the delicious food, the kind people, the breathtaking views.

So, yes. I am leaving Taiwan with a book full of stamps, but the most important ones aren’t in there. This Fulbright experience has left an indelible stamp on my life professionally and personally. I’m now more certain than ever that my future career as a physician will have something to do with children. The innate joy and playfulness that comes with being involved with kids is irresistible, and delving deep into child development over the past eight months has made that even more clear to me. I now have a little more research experience under my belt and have built skills that I will be able to draw on later in my career. But most significantly, I am leaving Taiwan with a better understanding of its people. I have experienced firsthand the kindness and curiosity with which they treat foreigners, their eagerness to strike up conversation as soon as I reply to them in their language, and their willingness to accommodate my born-in-America Mandarin abilities by speaking slower. I have heard through my interviews the quiet determination with which they deal with the challenges life has thrown at them. And while not every one of them has reached a point where they’ve made peace with the idea that their child might not ever become “normal,” they are trying; and that has left the biggest stamp of all on my heart. 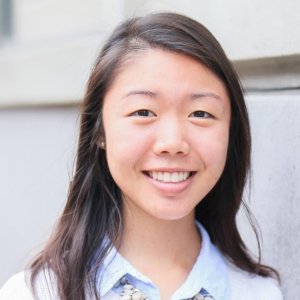 Evelyn Shen obtained her B.A. (2017) from Washington University in St. Louis, majoring in Anthropology: Global Health and the Environment and minoring in Medical Humanities. She will matriculate at the David Geffen School of Medicine at UCLA in August 2019.

Kevin Buckelew: “What is the Buddha?”

My Fulbright Year in the Oregon State University

Study in the Land of Lincoln