I came to Taiwan as a Fulbright Scholar-Teacher-Artist, and all three paths have been full of discovery. My topic is the human-bird myths that are found in cultures around the world, and that have inspired my own sculptures; I wanted to see how this theme played out in Taiwan’s rich cultural mix. My goal was to collect images and stories, then work toward sharing knowledge visually and linking this imagery with real birds and environmental issues today.

I pursued my visual research from the day I arrived in Taipei, looking around me for examples of human-bird connections in diverse aspects of life in Taiwan. I found them in traditional and contemporary settings, in temples, museums, malls, and movies. As an intuitive artist-researcher, I visited as many sites as I could, took photos, and sketched on an iPad. In the streets of Taipei, I immediately noticed posters that show the ageless human urge to fly like a bird and communicate with worlds beyond our own. Current films and fantasies, like Return of the Condor Heroes and Harry Potter, often feature winged humans, or magical individuals with bird companions, who may use their super-human talents for good or evil. The human-bird imagery seems deeply intuitive and speaks to our needs today—for hope, for escape—but clearly calls upon historical tales and precedents.

In the National Palace Museum, I found Neolithic Hongshan jade bird carvings from northeast China, c. 3500-3000 BCE. These small, elegantly sculpted shapes point to early bird-deity cults in China, as in other parts of the world. Many examples show simplified eagles or doves that were set on long poles. Later amulets from the Warring States period have curvilinear phoenix designs. Museum texts state that ancient people envied the flight of birds and believed that “the mythical birds of heaven were both the messengers and embodiment of the supreme god, as well as the symbol of the sun.” In Bird Deities of China (1952), Florence Waterbury summarized an evolution from bird cults to later bird companions, saying, “Originally an actual god, the bird later becomes the companion, messenger, or ‘shadow’ of the god who is, of course, the anthropomorphized form of the original bird.”

Throughout my image search in Taipei, I noticed a dominant theme of humans-riding-birds. A familiar Chinese motif, they are seen in the traditional “roof charms,” usually yellow-orange ceramic-tile figures set along roof-ridges; as well as in museum paintings and tapestries; and in temple dragon-pillar carvings. The image of riding a crane or phoenix, which generally suggests longevity, prosperity, and celestial happiness, also makes more specific references to the Taoist Queen Mother of the West, Xi Wangmu, and the Eight Immortals. “To ride a crane west” is still a euphemism meaning “to die.” I also found the image used in a recent animated film about growing up in Taiwan, On Happiness Road, in which a beloved grandmother appears after death riding on a chicken in the sky.

Following these in-person discoveries, I investigated more sources for magical birds, winged humans, and human-bird associations.  For example, the Shan Hai Jing or Classic of Mountains and Seas, from the 4th century BCE, features a Nine-Headed Phoenix among other fantastical creatures. All its heads had human faces, and it was at first considered magical and later fearsome. The same text refers to Xi Wangmu, who predates organized Taoism and was first mentioned in the Shang Dynasty 3000 years ago. She has been described as a shaman or goddess residing on Jade Mountain in the west, fed fruits by three azure birds, who are her messengers. Tang poets later described her feathered dress and winged sleeves. She’s often shown riding on a crane or phoenix among the Eight Immortals. These legendary figures were six men and two women who were granted magic skills and transcended the human state; they were also described in early texts as “feathered people.” On temple pillars, as in many other visual and literary examples, the individuals can be identified with the personal attributes of their legends. Though not common in temples in Taiwan, Xi Wangmu is honored at the famous Mazu temple in Dajia, near Taichung. There she’s depicted as a goddess in a huge bronze wall-relief, opposite one for Mazu, and they are resplendent, each heralded by female attendants and shown floating across the sky riding a phoenix.

For my research I also asked people I met in Taiwan about stories on the theme of human-bird connections, and I learned about a number of Chinese tales. Sometimes people turn into birds, as in the Jingwei myth, where a girl drowns and becomes a bird that forever drops stones into the sea to save others. Sometimes birds are helpful messengers or guides, as in the Cowherd and Weaving Maiden story, where celestial lovers are separated by the Milky Way, until once a year magpie birds form a bridge to reunite them. Some tales come out of historical legend, such as that of Gongye Chang, disciple of Confucius, who was said to be able to understand the language of birds. And other bird stories and images derive from scripture. In a cave passage at Guandu Temple, the Amitabha Buddha sits on his vehicle, the peacock, a bird of wisdom and goodness. Interestingly, a side trip outside Taiwan to the Tokyo National Museum led me to an early Chinese “Jivajikata” bird sculpture, from a Sutra about a bird with two heads, one who eats the fruit of a tree and the other who watches—or sleeps. This may be related to the Jianjian bird I found in my Mandarin online dictionary, which is the union of two half-birds with one wing each, dependent on each other like a man and woman in marriage.

Of course, there is a very long history in China of birds understood as symbols—which was not my focus of study—including the crane, raven, rooster, pheasant, and most importantly, the mythical phoenix, or fenghuang. It was originally a combination of male and female birds, feng and huang, then joined into one. Later the phoenix came to represent the Empress, while the dragon represented the Emperor. As the supreme bird, the phoenix symbolizes all virtues, yin and yang, joy and peace. Thus bird images seen in art and literature all over Taiwan carry symbolic human-connected meanings, even when the birds are not shown together with people.

I began to learn about specific birds important to Taiwan’s indigenous cultures from anthropologists as well as from aboriginal museums. Filmmaker Tai-li Hu told me about the Paiwan tale of how their ancestor, the hundred-pace snake with a diamond-patterned back, shrinks and turns into the Hodgson or Mountain Hawk Eagle. This eagle’s black-and-white-triangle wing feathers may be worn only by chiefs of the tribe. And the Amis, according to curator Ssu-Ming Su, have a connection to the Crested Serpent Eagle, whose spots look like the local deer. These eagle feathers are worn by the age group of young men thirty to forty years old; after that age they must pass them on. Anthropologist Scott Simon mentioned a Truku origin story focused on the Fulvetta bird, called “White-Eye.” It seems that their ancestors held a contest among animals to see who could carry a huge boulder from the mountain and so become their source of laws and customs. Only the tiny White-Eye bird succeeded, gathering in huge numbers to slowly lift and carry the boulder together.

During my Fulbright stay I’ve lived on the beautiful campus of Taipei National University of the Arts near Guandu, where I taught one graduate course in Collaborative Environmental Sculpture. My host’s location was ideal for my focus on birds, since the university is built on the side of Guandu Mountain, near Yanmingshan National Park, with glorious views over the Taipei basin and wild birds inhabiting trees and fields. It’s also close to Guandu Nature Park, a wetlands preserve favored by migrating and endemic birds, which also sponsors an annual sculpture festival. Though I’m not a serious bird-watcher, I was thrilled to observe many of the famous birds seen in Taiwan, such as the Cattle Egret, Gray Heron, Night Heron, Malayan Night Heron, Sacred Ibis, Black Kite, Crake, Coot, Black-Winged Stilt, Oriental Turtle-Dove, Kingfisher, Taiwan Barbet, Black Drongo, Bulbul, and Taiwan Blue Magpie. In my artist role, I have been sketching, photographing, and making wire sculptural studies of some of these amazing birds.

While teaching my Environmental Sculpture class, I brought eleven students to view birds and bamboo sculptures at Guandu Nature Park. This helped them design and create their own outdoor environmental installation over a nine-week period. The title of this collaborative project was “Becoming a Bird,” and students considered stories from their varied cultural backgrounds (including Japan, Korea, and Germany, as well as Taiwan), examples of endangered and endemic birds found here, and their own responses to the theme as metaphor. Working in two teams, they were challenged to select a site in nature that would be visible to the public, search for materials outdoors, and learn several traditional techniques for building with bamboo, including splitting, bending with heat, and tying this sustainable material. They succeeded in creating a pair of sculptures of a huge Bird and an oversize Nest built in two trees—one living and one dying. The entire process of creative problem-solving required many skills: brainstorm, sketch, propose, plan, measure, cut, bend, construct, tie, climb, evaluate, revise, meet deadline, document, publicize, and celebrate.

Besides university teaching, I’ve offered a few activities in Taiwan to engage the public with my Fulbright project connecting imagery of humans and birds with the environment. At Chi-Nan University in Nantou I gave a slide talk about my artwork and my research in Taiwan to students and professors, including ideas for how to get more involved. And I led two hands-on workshops making small bird sculptures from common recycled materials with volunteers at Kuandu Museum of Fine Arts and Guandu Nature Park; some of the latter are members of the Wild Bird Society of Taipei. I was happy to share my ideas about how contemplation of this ancient tradition of human-bird connections can bring joy as well as needed focus on today’s environmental issues. Through my own discoveries in Taiwan I want to encourage the public to use observation, empathy, curiosity, and imagination to connect with the avian world and our mutual surroundings. At Taipei University of the Arts, I made myself a small workspace in my guest room, in order to draw and play with materials parallel to my students and workshop participants. In my path as an artist, I have much more work ahead of me to absorb and synthesize the archetypal images and stories I’ve gathered, and to propose sculptural installations to share with the public. I will continue to look for inventive partners as I envision ways to return to Taiwan! Meanwhile, you’re invited to visit two sites: my newly launched blog, www.becomingabird.com, to follow the flight of my Fulbright adventure, and view future creative results at www.sarahhaviland.com. 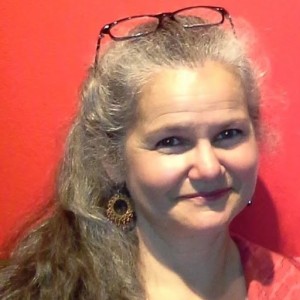 2018-2019 Fulbright Senior Scholar Sarah Haviland’s abstract-figurative sculptures and installations have been exhibited in NYC, nationally, and internationally in museums, nonprofit galleries, and private collections. Her public sculptures have been presented in parks and educational settings in six states, including permanent bronze commissions at Grounds for Sculpture in Hamilton, NJ, and NYU Langone Medical Center, NYC. Honors and awards include numerous grants and artist residencies. Haviland earned an MFA from Hunter College and a BA from Yale University. She lectures independently and teaches at the Borough of Manhattan Community College, City University of New York. In Fall 2018, she is teaching and pursuing creative research in Taiwan with a US Fulbright Scholar Award.

Hierarchical Image Segmentation based on Sequential Partitioning and Merging