Contemplations on Reconciling with the Unknown

This year in Taiwan has been a captivating journey of learning, development, and acceptance. When I first arrived in Taiwan, my initial impulse was to jump at every conceivable opportunity offered. I believed that throwing myself into situations where I could learn as much as I wanted to would result in a more comprehensive understanding of Taiwan, China, or my home. Yet, as time went on, I realized that this overzealous presumption was not the case. In short, the breadth of what I sought to experience provided me fewer insights than pursuing fewer, more immersive interests. It took a while to realize this on my own, but I am glad that I did. With this realization, I think it’s important to note two things. First, what we label expertise is irrevocably limited and shaped by our personal experiences. Second, because of these limitations in our personal experiences, it is epistemologically impossible to garner a “true” comprehensive understanding of a region. One may have more insight in one particular area, but they are blinded by the vast quantities of the unknown, which at any moment could render their assumptions or beliefs completely wrong. Taiwan, like any other state, is a great example. Edging on the familiar in some areas, and yet completely alien in many others. To “know” every facet of Taiwan is an impossible task. It would be fairer to say, “I understand the abstractions”, anything else…well, it would be disingenuous.

Strangely, there is a certain catharsis of realizing the sheer amount of what you don’t know and accepting that the best you could do is uncover as much as you can. From my experience, a great example is when our assumptions and generalizations regarding “what most people think” is turned on its head. Speaking in more tangible terms, in the social sciences when one collects quantitative data it sometimes offers the illusion of objectivity. My experience here in Taiwan, in some ways, has led me to question what we believe we know based on polls, statistics, and other measures of “the people’s voice”. It goes without saying that the opinions of people shape our understanding of a particular set of circumstances. Thus, we try and use measurements to aid ourselves in the removal of that veil of uncomfortable uncertainty. Yet, it seems uncertainty is always a fixture of this process dampening our understanding of certain issues. In my case, my conundrum with this issue began when we were handed polling data by the Mainland Affairs Council. In turn, this made me look at the Taiwan National Security Survey. Reconciling what the polling data shows, and what your anecdotal experience may lead you to believe is such a uniquely amusing concept. In this case, on the question of political support for one party or another it was interesting to compare people’s responses in-person versus what the polling data showed. I had more than a few friends and acquaintances tell me that when approached with similar questions, they almost never answered truthfully. “Why?” I would ask. Wouldn’t it be detrimental not only to the government, but also to the outsider’s perception? They responded by saying that it wholly depended on the situation. One of my friends said he voted and identified as a member of the KMT after he got fired from his job, when in previous years he was deeply pro-DPP—and still is. He was just mad and felt someone had to be responsible. Of course, it may just be the actions of a few and not representative of the many, but it left me thinking, “What if others had similar reasons or a sudden rationale for making completely unpredictable decisions?” Evidently, I still think that on the whole, polls and statistics are generally trustworthy—provided they are conducted appropriately. But the experiences shared with me by my friends have given me some reasons to be wary. Sometimes, it’s refreshing to be hit by a revelation that is so out-of-box, it shatters your perception of an orderly and rational world.

One thing which was always amusing to me was the term “engagement”. Engagement describes the interaction between two or more different populations. The hope is this will generate some positive mutual understandings by members of both groups. Honestly, though, what an inorganic word! The connotation brought to my mind is the forced introduction of one group with another for a set purpose. Generally, forcing groups together doesn’t end up well if there is no good faith! Anyway, I always thought it was amusing that “engagement” is plastered all over official government parlance. For my part, I “engaged” with the “locals” by participating in a variety of activities that immersed me in Taiwan’s vibrant and exceptional culture. I joined a club which specialized in mixed martial arts and had a great time, but not all the time. I participated in hobby sports like fishing and got to go with local fishermen, whose Taiyu was made incomprehensible with mouthfuls of betel nut. I also participated in language exchanges and got to learn the slang words unique to Taiwan and not spoken in the mainland! I am thankful to have had such wonderful opportunities to meet all these different people. Yet, this resonates with my earlier tangent regarding “expertise” and the unknown. Truly, by meeting all these different people from all walks of life, it has made me realize that the sheer scope of what we think we know and understand is, in fact, simply too vast! Whether it be knowing which type of betel nut tastes the best, what bait and tackle to use for which particular fish, when to counterpunch an overly aggressive opponent, which language is more appropriate under certain contexts, or what types of prayers to make to which type of god. There is a milieu and more depth for each individual subject area. All of these experiences factor into your understanding and belief of the world you find yourself immersed in. Yet, in no way can it explain, nor would it make sense in the eyes of another. How fascinating then, is our interpretation of the world around us? There is an innate distance in understanding between myself and another person, and forever must we labor to bridge that gap. In some sense, this is also indicative of the broader relations between states. To me, it was funny to chance upon this thought simply by realizing, “Wow, I never really thought about how much I don’t know about betel nut chewing.”

On another note, in a great twist of irony, I have found that many of my peers have told me that they admire many Americans’ passion and love for their country. To me, this was strange because there exists the international trope that Americans are nauseatingly patriotic at best and overly nationalistic at worst. Yet, here were my Taiwan peers saying that in their minds it was a strength that Americans collectively held. Judging from my experience in Taiwan, for some of them, it seems there exists a clash between their acknowledgement of a unique identity and the willingness to rally behind it for obvious reasons. Thus, it was strange to hear my peers tell me this, and it has only made me more hopeful about the way the United States will be perceived. How this may facilitate greater mutual understanding is still a bit tricky. But perhaps there is something that we, as Americans, can do to help Taiwan rally around a cultural bedrock. Still, to wholly undertake such an effort though would be presumptuous, I think. As with any other society, discourse and dialectic result in a huge array of differing views and opinions. Maybe it isn’t so strange that there isn’t a cohesive identity to rally behind because, again, everyone draws upon a different amalgamation of experiences in forming their identity. To ask an American, what is American culture, you will almost never garner an equivalent answer from people inhabiting different regions of the U.S. Similarly, I suppose, from meeting the Taiwanese-American fisherman who grew up in Ohio, to the rich kid who was born in Taipei and grew up in Shanghai, or even the farmers who have lived all their lives in Pingtung, everyone’s experience is at times divergent and at others convergent. To reach a common understanding, then, seems like an effort in madness? And yet, there are some commonalities between everybody, right? After all, that’s what a community is, isn’t it? After this year, not having an answer is okay. It leaves things exciting, replete with a sense of exploratory wonder.

To sum up, my experience in Taiwan has been a wonderful progression of fearing the unknown leading to acceptance and even a happy observance of uncovering it. I think, truly, one of the great wonders of the world is learning things that seemingly have no utility other than to derive some semblance of satisfaction in your life. Not everything fun or exciting has to, or needs to be matched with function. Too often, I believe, we link function and purpose in circumstances which don’t call for it. That, above all, I think is my greatest realization from being in Taiwan. 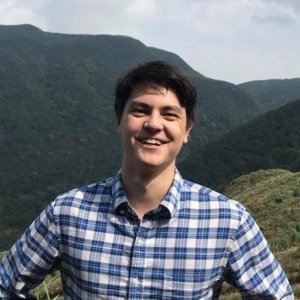 Ulysses is 2020 graduate of the International Master’s Program in International Studies at National Chengchi University, as well as a 2018 United States Military Academy graduate with a BS in History and Chinese. Ulysses is excited to continue pursuing his interests in the wielding of information, geopolitics, and policymaking as an officer in the United States Army.

Reflections on Identity and Regional Security

Highlights of my 2018 Fulbright

Bilingualism in Science and Engineering Education in Taiwan

For What Can We Hope? Concrete Houses and Hopeful Indigeneity in ‘Amis Country