Introduction
The study aims to define an effective method and framework for describing online biographical sketches using structured data, or, in a broad sense, “metadata” – the structured, encoded data that describe characteristics of information-bearing entities. Using artists as an example, the most widely seen structured data can be found in two primary spots on the web: (1) the “knowledge graph” provided by search engines when one searches for an artist, and (2) the “info-box” which appears on the right side of a Wikipedia article for an artist. However, in order for a knowledge graph or info-box to exist, the individual’s life has to be well-documented in a Wikipedia article or in a dedicated record in Wikidata (formerly Freebase) knowledge base.
The online biographical sketches, or “bios,” that have become a very popular publishing format online are the focus of this study. Recognized biographies in the informational medium of published books, dedicated special journal issues, documentary films, drama and biographical movies, etc. were not considered since they are usually already covered by Wikipedia and search engines’ knowledge graphs. The creator of an online biography can be anyone who uses webpages to record and interpret a particular human life, which can range from a high-profile individual to any person of interest such as a family member or an inspiring person. In most cases, this individual’s life has not been documented in a Wikipedia article or depicted by search engine’s knowledge graphs.  Beyond dedicated bios, it is common that a person-centered website would include an online bio. Institutions (such as research institutes, academic unions, businesses, government offices), conferences, and awards websites also publish short bios. By exploring digital online biographies, this study found a wide range of styles of structures and the creative uses of digital technologies to record an individual’s life.
This researcher approaches the study from two important sides of the structured data of bios. The first is the human side: by using the methods and the editing tool developed by this project to encode the bios with structured data, the creators of the bios will double the exposure opportunities for what they care about – not only to the human readers, but also to the search engines and other digital information services. The second is from the machine side: the search engines and data crawlers (i.e., a program that systematically browses the Web in order to create an index of data) can obtain the structured data that are generated based on the depictions of the lives of individuals. From here, the search engines will be able to index and connect the structured data, reuse them in forming knowledge graphs, and provide useful and accurate references along with searching processes. In addition to search engines, any digital library, portal, or website that is interested in contents related to and about individuals and cultural heritage can use these structured data that have not been well-exposed or connected before.
Background
The project was initiated from the desire of exposing the information about native Taiwanese artists in an effective method and reuse the resources of digital archives.
In 2014, using digital archives, the Academia Sinica Center for Digital Cultures (ASDC) released a comprehensive book-style digital biography website (in both Chinese and English) for one of the most well-known Taiwanese artists, Chen Cheng-po (陳澄波, 1895-1947, also known as Tan Ting-pho). The artist was the first to have a dedicated website created by ASDC as well as a Google Doodle feature. An International Conference on Chen Cheng-po and Modern East Asian Art History was held in January 2015, indicating the importance of this Taiwanese artist. Along with Chen Cheng-po, short bios of 12 other well-known artists are presented in the “Friends chapter” of the website, written by the researchers of Academia Sinica’s Institute of Taiwan History and ASDC.
Through the data collected during 2015, however, this researcher found that among these 12 artists, less than half of them had knowledge graphs accompanying the English search results provided by search engines (including Google, Yahoo, and Bing); 3/4 did not have an English entry or info-box data on Wikipedia. For example,  Pu Tian-sheng (蒲添生, 1912~1996), a pioneer of modern sculpture in Taiwan, founder of Taiwan’s first bronze casting factory, and the creator of Taiwan’s first ever likeness of Sun Yat-sen today on display in front of Taipei Zhongshan Hall, did not have an English-language entry on Wikipedia nor did he have a knowledge graph. The situation was the same for Chen Jin (陳進, 1907~1998), the only well-known female Taiwanese painter before 1945. In terms of structured data, nine of these 12 artists have Chinese name entries in the Wikidata knowledge base, but the information available is minimal and English names are needed. Their biographies in English were found at a couple of websites, but those trustworthy bios are often not citable or linkable due to web design, such as using the HTML “frame” style (which causes webpages share the same upper level URL).
During the last decade, many open digital archives and digital libraries were established all over the world. The completion of these digital archives involved very complicated and costly digitization processes. They deliver integrated resources (including the metadata, representative images, digitized original documents, and multimedia files) through unified interfaces such as online union catalogs like Digital Archives Taiwan. Building on these resources, the digital archives gradually established special theme portals (e.g., Taiwan Biodiversity Information Facility), special digital collections (e.g., 余光中 Kwang-Chung Yu’s Digital Archives, and online exhibitions (such as the one for Chen Cheng-po).  Yet, how can we convey the new levels of usefulness of such great digital resources to the international community across the boundaries of language, geography, format, and discipline? With this question in mind, this project considers to use structured data to share, connect, and reuse these digital resources. It also seeks to enable the discovery and rediscovery of the individuals and their significant roles in culture and history by international users.
Methods
Adopting Gillian Rose’s visual methodologies, biographies may be considered from three perspectives or facets: 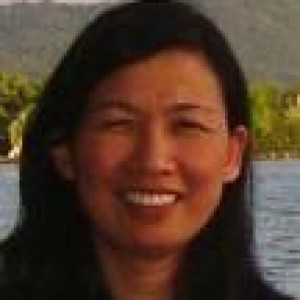