Noon came, and with it the sound of plastic rustling outside my door. I waited for the footsteps to grow faint as they padded down the hallway, followed by the ding of the elevator, then silence. I stuck my head out just beyond the threshold of the doorframe—and no further. We’d all heard the story, by then, of the woman who was fined $3,500 for walking down the hall in her quarantine hotel to retrieve boiling water for instant noodles. At my feet lay the telltale plastic bag, striped pink and white like a candy cane. And inside it, the squat, horizontal box that would be my resilient companion for the next fourteen days.

I arrived in Taiwan on a Fulbright research grant in February 2021, after weathering the pandemic, first from Berkeley and then from Seattle, for the better part of a year. Taiwan had been sheltered from much of the pandemic up to that point due to its early intervention and austere quarantine measures for incoming travelers: two weeks confined to a hotel room. In my case, the room was the size of a galley kitchen. My window at the Green World Hotel in Taipei overlooked the backside of an apartment building. My legs dangled off the end of the single mattress. On my tiptoes, I could touch the ceiling.

Three times a day, meals ordered from local restaurants were delivered to my front door by the hotel’s staff. For breakfast, a four-decker sandwich on white bread of tomato, cucumber, egg, and cheese. On alternating days, a Taiwanese egg crepe, cut into eighths, and brushed with a savory-sweet sauce. At lunch, the occasional batch of steam-curled dumplings, paired with green vegetables and a wonton soup. Once, on an especially auspicious evening, still crispy kara-age doused in potato carrot curry. But far and away the most ubiquitous meal? The bento.

Bento, roughly translated from the Mandarin word biandang, meaning convenient, made their way to Taiwan during Japan’s 50-year colonial occupation of the island beginning in 1895. Though popularized as part of Taiwan’s extensive railway network—thus earning the moniker “Railway Lunch Boxes”—the humble bento’s reach has extended far beyond transit. Many apartments in Taiwan don’t have full kitchens, and bento are simple, cheap meals for busy professionals and all-nighting students alike.

But unlike Japanese bento with their separate compartments, the components of Taiwanese bento often intermingle. Boiled egg marinated in soy sauce and anise. Side of cabbage or bok choy. Pickled vegetables. Some days there would be wood ear mushroom, cubes of marinated tofu, or fava beans tucked just above the bed of white rice. Most were finished with a bone-in pork cutlet, placed lengthwise along the top of the cardboard box, which was closed, and then crisscrossed with rubber bands, like a hastily wrapped present.

At first, I thought I would hate having all my meal decisions made for me. I was accustomed to the great American landscape of culinary choice; even in lockdown, it was still possible to get most cuisines delivered.

But I welcomed the change. Like most things about the pandemic, there was a novelty to a break from expectations. Colleagues regaled each other with their choice of virtual Zoom backgrounds. Fear of missing out when ordering Domino’s alone on a Friday night evaporated. A perverse sense of accomplishment registered when completing the most basic trip to the supermarket.

The bento’s arrival was thrilling. The swoosh of the bag at my door provoked a Pavlovian mouth watering. It was the only contact, however illusory, that punctuated my days; the only event that seemed to validate the passage of time. There was no peephole in the door, and no way to know who was behind each of the meals, so I sent my appreciation to the hotel’s anonymous messenger account in the form of emojis—a bowing sheep, a prancing duck, a brown bear pulling the string on a ball of confetti—along with my twice-daily temperature reading.

Still, it wasn’t long before the excitement began to wane. Each quarantine bento had roughly the same make-up, delivered at nearly the same times each day. It began to feel more like unwrapping a gift whose packaging might well have been transparent. I held my breath before undoing the rubber band. I checked tentatively under the pork cutlet with my disposable chopsticks. Each bento was accompanied by a predictable feeling of dread. In a void characterized by monotony, I harbored a vain hope for something different.

But by my final days of quarantine, I’d made peace with the bento. Like everything in quarantine, meals became a test of endurance, the barometer of sustenance required to make it to another day. Pandemic brain is constantly on edge, always flitting from one anxious thought to the next. Did I remember my mask? Are these allergies or COVID? How long has it been since I went outside? Being fed was, in the universe of concerns, simply one less thing to worry about.

Stepping outside after fourteen days felt revelatory. My eyes strained from the sun; my legs ached. It wasn’t long before I again became accustomed to life from the recent past: indoor dining, crowded subway cars, movie theaters and bars open for business. But the sight of the bento made me wince—the lukewarm cardboard, the humdrum monotony. They seemed to be everywhere, popping up in streetside food stalls, night markets, buffet restaurants, and convenience stores. Like the pandemic itself, they were all but inescapable.

I was certain my bento days were behind me. And yet, at some point I became a convert. It started reluctantly at first: a late lunch with no better options. I kept my expectations low. But there was a refreshing snap to the green beans, a complex seasoning behind the cutlet’s generic appearance. I was surprised to find ingredients I hadn’t seen before, too: taro dipped in honey, orange chicken, whole braised milkfish. Suddenly, there was the possibility of choice: bento full of exactly the kinds of vegetables and proteins I most desired.

In quarantine, I’d been oblivious to something crucial: that bento, almost by nature, elude a single classification. The beauty of bento comes in their variety. Bento can be dynamic, innovative, even heartfelt, reinventing themselves in nearly endless combinations of foods and styles and presentations. These days, I pick up a bento nearly every afternoon for lunch. Like neighborhood walks, family Zoom calls, and games of Wingspan, the bento has proven to be an enduring staple that will linger, well after the pandemic has passed. 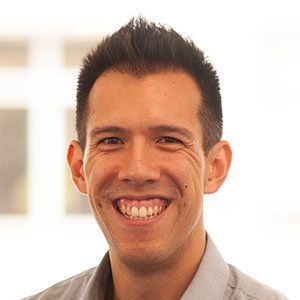 Daniel Tam-Claiborne was awarded a 2020-2021 Fulbright grant to Taiwan. A multiracial author and essayist with a background in journalism, communications, and grant writing, Daniel has spent over five years living and working in Greater China and is an outspoken advocate for Asian American issues and increased global understanding through education, cultural exchange, storytelling, and effective philanthropy. He holds degrees from Oberlin College, Yale University, and the Program for Writers at Warren Wilson College, and is currently completing a novel set against the backdrop of contemporary U.S.-China relations.

On Shamanism, Positivism, and Shifting One’s Frame of Reference

Teaching in a Buddhist Pure Land: A Fulbright scholar on Dharma Drum Mountain

Green Space in the Heart of a Bustling City

Xia Shi 施霞 November 23, 2022
PrevPreviousResearch on adoption of Common Core State Standards in the United States: A close look at experience in Pennsylvania
NextReflections on the Process of “Becoming” in TaiwanNext