白熊 patiently explained the differences between the large and intermediate egret to me for the umpteenth time. 白熊, which translates directly to polar bear, earned this nickname due to his height and paleness. To this day, I am still not sure what his actual name is. He hurriedly pointed out the window as the van drove past an egret wading in rice paddies. “你看．中白鷺.”

How about small egrets?… I already forgot.

I tried to commit this information to memory, but after a minute I turned my head and gave him a blank stare.  “算了, 我每一次看到一隻鷺就問你吧.”

Whatever, I’ll just ask you every time we see an egret.

He chortled in response. “喂, 你別像這樣啦! 你努力一點吧.＂The van lurched to a stop, throwing me and 白熊 against our safety belts. We eyed each other before looking outside. “喔，我們快到了.”

Hey don’t be like that! Put some effort into it… Oh, we’re almost there.

The van slowly turned and pulled up the dirt path to the dairy farm we were getting blood samples from, rocking side to side and jostling awake the students that were shadowing us for the day. As 白熊 and I waited outside for them to sleepily file out of the van, I twisted my waist for a deep stretch and breathed in the familiar scent of cows before hearing a rough voice from in front of me,

You don’t seem to be Taiwanese. You are….Korean.

白熊 and I turned to see who had said the all-too familiar phrase. I was facing the driver, who was quiet the entire drive there. He squinted in the sunlight as he threw on a driving cap over his balding head. I smiled reflexively but before I could open my mouth, he threw in a second guess, “還是日本人?” Or are you Japanese?

When I speak with someone new here— or when someone hears me speak— for an extended amount of time, often a barrage of guesses come hurtling at me. You are from Korea. Japan. China. Singapore. Malaysia. After a few seconds, or even a few minutes in some cases, they give up and ask the question that minorities everywhere are too familiar with: “Where are you from?”

Unlike in the States, I rarely feel insulted by the question (though I do feel annoyed), because I believe they have enough evidence to justify their conclusion that I am a foreigner. I consider myself Taiwanese-American but I am fully aware that there are giveaways that indicate I was neither born nor raised in Taiwan. Given time, Taiwanese people can hear the difference in my voice. My intonations don’t fluctuate as much, I curl my tongue a little, and my Mandarin, though seemingly fluent at first, shows its holes as discussions become more complex. But at least in asking, I’m given an invitation to present a holistic rundown of who I am.

More confusing and frustrating for me to navigate, however, are interactions so short that people assume I am a local, for instance with servers at food stalls and restaurants. I can feel their impatience and frustration as they attribute the amount of time I spend looking at the menu to an inability to make a decision rather than my inability to read all the characters. Additionally, when the veterinarians I work with overestimate my vocabulary and start explaining procedures and complex statistical analysis in Mandarin, on a good day, I understand everything, save a term here or there. On a bad day, however, I only catch the gist of the conversation. Do I interrupt the flow of conversation and ask them to translate everything they just said when they might not know the terms in English? Do I ask the servers for an English menu? Do I explain that I am American-born when I enter the store to gain some judgement-free time or to justify my different behavior? These questions follow me into the stationery stores, boutiques, and food stalls that I visit, along with the veterinary hospital I work at.

Subconsciously or consciously, I slowly began to mold my identity to avoid these situations. I began drifting from Taiwanese-American to either Taiwanese or American, “us” or “them,” in everyday interactions. Whichever language I start with is the one I would use for the entire conversation. My Mandarin would shift a little by picking up common Taiwanese phrases and forcing my tongue flat when I spoke. When I anticipated an interaction outside of my linguistic comfort zone, I spoke English and, consequently, didn’t have to explain why my Mandarin was half-baked or why I didn’t understand certain social etiquettes or customs, amongst many other things. I began prefacing my order at new restaurants by stating that I was American, and indeed gained a ridiculous amount of judgement-free time.

At first, this worked. It was easier for others to categorize and interact with me as “us” or “them,” and I learned both parts and acted accordingly. At the very least, it made ordering at new restaurants easier.  But after a couple of weeks, as these choices became more deliberate, a fission grew further every time I chose to adopt one identity over the other. I felt a little less Taiwanese here, a little less American there. The more I flip-flopped, the more I questioned my right to either component of my identity.

Even before I started reflecting seriously on this issue, I knew that the current strategy was unsustainable. It was a quick and dirty fix, a little trick one can mentally afford to use a couple times during a short trip.  But I planned to be here in Taiwan for a year, and the consequences of overusing it could be significant and alienating. Through my actions, I blatantly stripped away the hyphen in Taiwanese-American that makes space for the diversity, richness, and spectrum of an identity that so many people take pride in— of an identity that I belong to.

I had yet to find the ideal way to navigate these interactions in a way that indicates I am something in between the “us” and “them” in Taiwan without having to explain my family’s history. I knew that I was far from alone in this regard. Navigating hybrid identities is a centuries-old question that millions have had to learn how to do, each in their own way, and I would too, eventually.

Slowly but deliberately, I learned to warn restaurant workers by letting out an “um” and then continuing in Mandarin when I am not sure of something. I hesitated less before stopping veterinarians by throwing in a  “等一下, 我不懂.” Wait a second, I don’t understand. They too have adapted, and now stop to laugh and backtrack when they recognize the lost look on my face. Just as I had to learn to navigate the space in between “us” and “them,” those interacting with me did as well, I just hadn’t been giving either party the chance to do so.

The van driver looked at me expectantly, having run out of guesses.

I smiled politely before responding: “我是美國人, 但是我父母是台灣人” I am American, but my parents are Taiwanese. This answer is the closest to Taiwanese-American that I have managed to get so far. 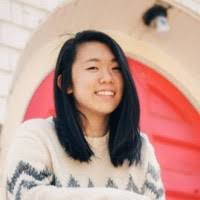 A Midyear Reflection on the State of my Research

Transforming Mathematics Education in the U.S. through Eastern Pedagogy and Policy

Jake Werner: Speculative Mania and the Masses – Shanghai in the 1930s and Today